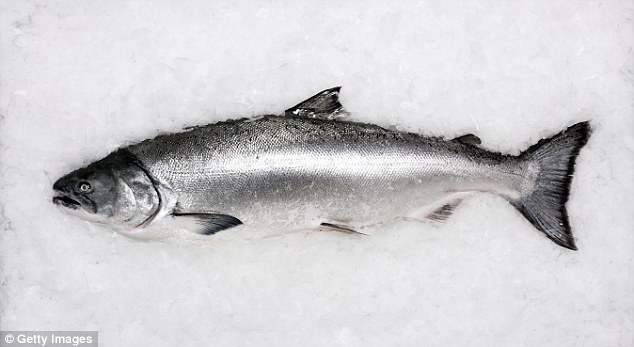 In honor of the publication of Jonathan Franzen’s latest novel Purity, I thought we could have a little fun with one of his most famous passages. Whether readers find Franzen’s prose wonderfully complex or woefully overwrought, they will find it easy to agree that he deploys his style to great effect in the notorious “fish scene” in The Corrections.

Here we find former-academic-turned-freelancer Chip Lambert wandering into the seafood section of a fancy grocery store to look for something to serve his visiting Midwestern parents for lunch. Chip, down on his luck, is bewildered by the extravagant prices. He hazily accepts a $78.40 cut of wild Norwegian salmon from the butcher and immediately stuffs it into his pants. Hilarity ensues:

He dropped to one knee and touched his bootlaces and took the salmon right up inside his leather jacket and underneath his sweater and tucked the sweater into his pants and stood up again.

“Daddy, I want swordfish,” a little voice behind him said.

Chip took two steps, and the salmon, which was quite heavy, escaped from his sweater and covered his groin, for one unstable moment, like a codpiece.

Chip put his hand to his crotch. The dangling filet felt like a cool, loaded diaper. He repositioned it against this abs and tucked in the sweater more securely, zipped his jacket to the neck, and strode purposefully toward the whatever. Toward the dairy wall. Here he found a selection of French crème fraîches at prices implying transport via SST. The less unaffordable domestic crème fraîche was blocked by a man in a Yankees cap who was shouting into his cell phone while a child, apparently his, peeled back the foil tops of half-liters of French yogurt. She’d peeled back five or six already. Chip leaned to reach behind the man, but his fish belly sagged.

But what would that scene read like if someone else wrote it? What if, say, less-is-more icon Ernest Hemingway wrote it instead? Would it be even funnier? Let’s explore:

The man dropped to the ground. He put the fish inside his pants and behind his sweater and stood up. He decided to steal the fish and it was a dishonest thing to do but he did not have money to pay for the fish.

A little child was asking her father for a fish. The child’s voice was behind him, but the man did not see the child.

The fish was cold inside the man’s pants. He tucked in his sweater and zipped his jacket so that the fish did not fall out of his pants. The man continued to walk to nowhere in particular. He walked to a shelf of sour cream and he saw that the store was selling a French cream that was expensive. He was too poor to buy the expensive French cream but the domestic cream was less expensive.

A man with a child was standing in front of the shelf. The man’s child opened five or six of the cans of expensive cream while her father was not watching. But her father wore a nice hat and looked like a man who had money to pay for the cans of cream.

The man wanted to take a can of cream but he had a fish in his pants.

You’ll forgive me for my whimsy – I am just getting through A Moveable Feast for the first time. So …. I actually like it better! Something about the terseness, and imagining what’s not said, makes the passage even funnier to me. But I’m biased 🙂

Who else should we have take on this passage? Virginia Woolf? Vladimir Nabokov? Stephen King?